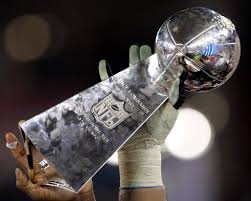 First, I have to admit I had hoped the Rams would win the Superbowl.  It would have made my blog sound allot better.  I could have boosted about how Sean’s crew had analyzed their adversaries and implemented the perfect countermeasures and protected the home front (after all they were the home team).


Then secondly, I admit I’m not a football buff and understand everything about the do’s and don’ts of the game.   But I can with confidence make some comparisons and analogies that I believe most of us can understand.


So, anyway, congratulations to the New England Patriots on their win.


The more I think about it the more I realized that the Rams loss actually teaches us more about sizing up the threats than I first thought.  It teaches us, that not only do we have to look at the attacking forces from our perspective but we also must consider how they see themselves and will adjust.


In security design, we call this the design basis threat or DBT.  In other words, what you’re trying to protect your asset (thing of value) from – whether it’s a natural threat; such as, wind, fire,  rain or a man-made threat; like, graffiti, burglary or theft of property.


The Rams coaching staff had to analyze what the Patriots were capable of (their modus operandi [MO] and then figure out how thwart it.  They also needed to formulate a plan that covered the entire field.  In essence, defense in depth – the front line, the linebackers, the safeties.  We’ve all heard, “The best defense is offense”.  How true.  Ask the Patriots.


Unless, you have a comprehensive plan for the protection of your home, the attacker, be it a burglar, tagger, etc. will circumvent your security by finding the weak spot and exploiting it.  Remember, just having a security camera or system is not enough.  You have to have security built in to every facet of your daily routine.


For home security that starts with your on-line social media presence.  Don’t give too much information away.  I laugh when I think that someone couldn’t believe she was robbed while in Paris.  Like duh, if you brag about how expensive the stuff is that you have there’s a very strong likelihood that someone also sees the value and will try to take it from you.  There was a case this week in Los Angeles were a rapper was flashing a big wad of cash and posted it on social media.  Well, guess what, he got robbed.


Next, are you doing other things that tip off those with bad intention?  Do you put boxes out on the curb the night before the trash truck comes by?  Do you put papers in the trash that someone could take out under the cover of darkness and open-up credit card accounts in your name?  When you got that big screen to watch the Superbowl on, did you mount it on the wall so that someone walking on the sidewalk in front of your house could see it through the window?


Your plan has to be comprehensive.  It covers not only what you do but also where you do it.  Start from the roadway and work your way inward, assessing what the bad guy is able to see.  Make sure all lights work and all gates, windows and doors lock.  We lock our car even when it’s parked in the garage and the door from the garage into the house.  These little things delay the perpetrators actions and may possibly give us enough time to call 911.


I few years ago, I posted that the best home security system is actually a plate of cookies.  I still believe that, if you take some freshly baked chocolate chip cookies to the neighbors.  They’ll thank you for them and inadvertently watch out for your stuff because now they think they owe you.


Maybe if the Rams would have taken some cookies to the Patriot’s locker room before the game things would have turned out differently.
Posted by Doug Haines at 4:00 PM No comments: