If Data is the New Currency of the Modern World Then Why
Is My Account Overdrawn? 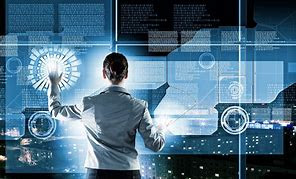 According to a recent report in Security Megatrends: The 2018 Vision for the Security Industry published by the Security Industry Association 99.5 percent of all data collected via electronic devices goes unused.  Let that sink in for a second.  99.5% is wasted.  Less than .5 percent is accessed, analyzed and used in some type of constructive way.  I can’t imagine any other industry or area of life where less than one-half of one percent is good return on investment (ROI).


Here’s some data provided in the article "Accessing and Analyzing Smart and Big Data, Moving into Artificial Intelligence and Augmented Reality", using 60 seconds as the baseline, on just the social media platforms that I use:


So, why does this occur.  Well, it has to do with automation and the progressive nature of technology.  We’ve all heard the standard cliché that your phone has more data processing capability than the spaceships that went to the moon.  There have been surprising advancements in just about every sector of society.

I read an article some time back, that said your bank account could be hacked through your toaster.  At the time, I thought it a bit far-fetched,  But now the home improvement stores are selling refrigerators that can order food for you, if programed properly.  While, I think that was a little exaggerated but the point the author was making was, if your toaster has a microchip in it and that sensor report data somewhere, there is the potential that a person with malicious intent could through that sensor get to my bank account.


But is this a good thing?  For the most part yes.  I mean, think about it, only a few decades ago, if you were diagnosed with the big “C”, you started counting your days.  Now, more people survive and overcome the disease than don’t.  But on the other hand, let’s not get too carried away.  Technology is a tool and should be used as such; a tool that allows us to make better decisions about life choices.  Let’s remember that technology is not the solutions but it can be used to find the solution.


One of the areas where there is promise, within the security industry, is the area of “augmented reality” or AR.  We’ve all heard of “virtual reality” where the user is immersed in a fictional environment.  With AR the data augments the natural environment.  A simple example would be the ability to super-imposed a data screen on the visor of a motorcycle policeman that presents him or her with information about traffic up ahead, including accidents or breakdowns.  Or data information relayed to first responders during active shooter events.  This ability will undoubtedly save lives.


Estimates are that the Internet of Things (IoT) will mushroom in the coming years to between 34 Billion and 58 Billion devices connected to the data grid in some way by 2020.   Even if the world population doubles in the next two years (which is highly unlikely) that’s more than two devices per person.


The hard part, in all of this is, will be figuring out what data to analyze, what to keep for the future and when to give it to someone to use now.
Posted by Doug Haines at 4:00 PM No comments: