Parents and School Administrators are Buying
Security Equipment That Won’t
Protect Children – Why? 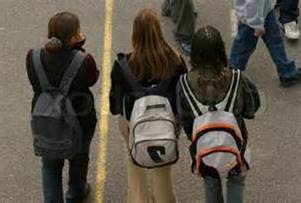 Salesmanship and fear are the two main reasons.  Fear because active shooter events are more commonplace than a few years ago.  The recent discovery in New Mexico of abducted children being trained to carry out armed attacks at schools is frightening.  Since the federal government won’t address some of the underlying issues of gun violence by creating sensible legislation maybe they can concentrate instead on finding the horrifying number of missing kids that occur every year in America[1].  Just saying.


In the meantime, parents and school administrator know that something has to be done and have taken matters into their own hands.

Right after the February 14th event in Parkland, everyone wanted to put more resource officers on campuses, more cameras and more access control.  While on the surface these may be good ideas, just getting more is not enough.  There must be processes in place that make them effective.  For example, if a school increases the number of CCTV cameras, then who monitors them in real time becomes essential.  Unless monitored in real-time, they only have evidentiary value.  The real value of CCTV is that it allows investigators to go back in time and figure out what happened.  We don’t need after-the-fact protection.

Students and staff need to rely on protection that will actually protect them[2].

I saw a news report a couple days ago about a company offering “bullet proof” backpacks.  My antennae went up – way up.  There is no such thing as “bullet proof”!  The correct term is “ballistic resistant” or “bullet resistant”.  It may stop some types of bullets but it won’t stop all.  Therefore it is bullet resistant and not bullet proof.  Shady salesmen will play on your fear and lack of knowledge in knowing the difference.  Anyway, the news reporter had a marksman fire two types of handguns, which the backpack manufacturer said would be stopped, and they were, but when rounds from an AR15 (the most common type of weapon used in school mass shootings) were fired and the rounds went straight through the backpack and into the dirt berm behind.  The reporter asked why, and a guy whom I believe to be a company spokesman, said something to the effect, “well, it was shot at without books and binders being inside. That would change everything”.  To suggest that books and binders offer ballistic protection is just ludicrous.  Backpack manufacturers if I’m wrong AND you have the data to prove it!  Then do so and I will publically admit I was wrong.

I’m amazed that Walmart and Costco are selling these backpacks for upwards of $100 and apparently do not make this distinction.

Even if the backpack will stop a .9mm or .45mm, a person would have to be wearing it and be shot from the back.

Use Whatever You Can


Police Departments and some companies have made a very profitable business out of teaching Run-Hide-Fight.  A defense strategy that teaches: run if you can, hide if you can’t and fight if you have to.  At first, this concept makes sense but the reality is the instructions being given during the R-H-F training actually teaches people to hide and use whatever they can for protection, or in worse case scenarios, use whatever they can to fight.  With this in mind, the idea that a student could hold a backpack in front of them and hide behind it, to me seems a little unreasonable.  I have a hard time imagining a ten year old reducing herself down to the size of a book-bag.

Instead we should be teaching, to get out - Run-Run-Run - no matter what. Throw a chair through the window, punch thru the dry-wall - but do something that allows you to escape.  The idea of waiting for the "cavalry" to arrive and save the day is just crazy.  We could start designing all occupied spaces with, at least, two avenues of escape.

This will take a considerable amount of time because first, we have to change our mindset about how we think about high occupancy spaces and how to design them to our advantage, and second, we have to actually implement these concepts into retrofitting classrooms or building new ones.

A couple weeks ago, I was sitting next to a second grade teacher on a flight to Houston.  Of course, the conversation got around to school safety.  She said, “I don’t think about it.  I mean, I know what the security measures are for sheltering-in-place and fire drills and such but I really don’t give it much thought, and especially the “big stuff”.  I assumed she meant events like active shooters or terrorist attacks.  She’s right – she shouldn’t be worrying about security.  She should concentrate on teaching.  Educators should not try to D-I-Y this.  Instead, they should contact security professionals that are agnostic to products and are concerned solely with providing effective security solutions.
That way, educators will get honest protection options that address issues on multiple levels and not just be sold more products.