Planning Now for the Terrorist Attack that Won’t Come or Will it? 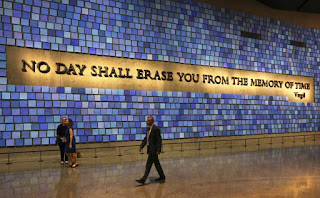 While radical Islamic-extremist inspire large scale attacks have not occurred in the United States in some time, low scale attacks are more common place than you’d think and not necessarily exclusive to radical-Islamist.  “Bad actor” attacks using terrorist tactics occur all the time.  To prevent, deter and reduce the effects of a terrorist style attack, business owners, facility managers or anyone else charged with the security of those they service must determine if they are an attractive target to, not only terrorist attack, but also criminal activity.


In that regard, two questions come up, 1) “Do I deal with the public?” and 2) “Does the public (or a “bad actor”) have access to my facility?”  If the answer to both questions is “Yes”, then you are at risk.  Even if you answer “No” to the second question, you must remember that a dedicated threat will not be deterred and will bring the tools necessary to carry out the attack.  Answering these questions will be an indicator of threat likelihood.  Additionally, if you ask, “What is the public’s opinion of that service/product?”   The operative word here being “the public’s opinion” and not what you think, you will get an even better understand of your risk.  If there is the slightest likelihood that you could be attacked by a criminal or a terrorist, then you should reconsider if  the procedures you follow and the physical security countermeasures you already have in place are adequate.


Usually, criminal activity doesn’t result in injury to people or death.  Terrorist activity, regardless of motivation intends to inflict violence on another person in order to hurt them.  That said, most criminal acts involve the theft of or damage to property.  Consideration must be given to common criminal activities, such as; theft, burglary, damage to property, assault and work place violence, just to name a few.  Criminal activity using terrorist tactics on the other hand are directed toward people and try to cause as much injury or death as possible.  Common tactics still include; improvised explosive devices (Yes Virginia, sick people are still building bombs), using a vehicle or automatic weapon to inflict injury or death.  While school and workplace shootings have become the norm they are not necessarily terrorist attacks, although the results may be the same – they produce mass casualties.


Mitigation strategies for any type of criminal activity, including terrorism, must be in place before the event occurs.  So, we want to deter the activity from occurring in the first place and then delay it so that it can be noticed and responded to by trained forces.  And finally, in the unlikely event it does occur we want to reduce it effects as much as possible.


In the case of IEDs, we want to move vehicle parking away for places where large numbers of people gather and prevent the placement of unidentified objects near buildings.


Since police departments and some security companies are teaching people to “Run-Hide-Fight, which actually means hide, we need to create spaces that actually offer protection.  Two protective options are, 1) retrofitting walls with rated ballistic materials; so that when people do hide they are actually protected and 2) limit movement of the person with the gun.


Note, there will always be some level of risk no matter how much you plan and implement countermeasures.  The goal is to reduce the risk to a level you can accept and to continually analyze and make changes when warranted.  When you hear or see something in the news, you should ask yourself, “Can that happen here?”  If the answer is “Yes”, then you should take actions to change that to a “No”.