I Became a Meth Head, Won an Award and Am Now Recruiting Others 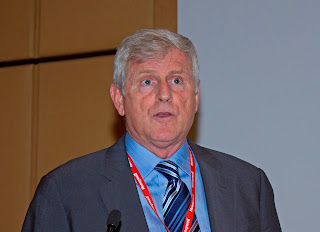 “Mom, tell him to stop”, I would hear that all the time from my son as he would tell his Mom I was obsessing over work.  I don’t hear that nearly as often now-a-days, not because I’ve stopped but because he doesn’t live with us anymore.  He’s in New York and we’re in California.  The other evening, while I was drying dishes, my wife said to me.  “You know you’re obsessed.  It’s like a drug for you”.  Perplexed, I said, “What do you mean?”

“I’m telling you that the cat used the litter box and you’re telling me about bollards in Las Vegas”.

OMG, she was right!  I can’t get it out of my system.  My every thought is about physical security design – both good and bad.  I’m always analyzing and comparing and thinking; does that work, is it effective, could they have done it cheaper or better?  My mind is on overdrive,  I had become a METHodology addict.

My addiction was simple - use a proven assessment method to look at criticality, threats, vulnerabilities and subsequent risks of high occupancy buildings and their supporting energy systems.  I guess, that’s why I’m so fond of the Asset Based Risk Analysis (ABRA) and Critical Asset and Infrastructure Risk Analysis (CAIRA) methodologies (both Platinum Award winners; ABRA a GOVIE in 2017 and CAIRA an ASTOR in 2018).  Not because they won awards after having been recognized by teams of experts but because they take allot of the thinking out of the analysis process.  It’s pretty basic math and not allot of calculating.  It’s all already done with macros.  But, the final result answers the questions cited before, will the implemented security measure be truly effective in reducing risk, is there an alternative that can be just as effective and will it bring costs down to a reasonable price.

Over the years, I’ve noticed that the best thing when it comes to thinking is not to start.  Once you get a thought, it seems to get out of control rather quickly.  “Kind of hard to put the genie back in the bottle”, as they say.  The thoughts just keep coming, no matter what I try to do.  So sorry, Honey, I can't turn it off.

P.S.  I cleaned the litter box.