The Really Big Fat Stupid Thing the Media is doing to help the Terrorist and They Don’t Even Know It, or Do They? 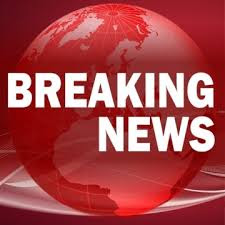 
Each time there is an incident involving mass murder or attempted mass murder the media is all over it with their “Breaking News” or “This Just In” coverage.  They call out the “Big Dog” correspondents and send them to the scene.  They get panels of “experts” with very sexy titles and ask them questions, so that they can glorify the perpetrator by associating them with terrorist groups.   They almost always say, “Well, Chet it’s too early to tell but….”.  What people hear is the “but ….” because they’ve associated these murderers with terrorist organizations.  They are now legitimate. The media arm of the terrorist organizations just loves the compliment and they exploit it in their propaganda and quite effectively I might add.  Additionally, they exploit any speech from the US about the mistreatment of its citizens or the failures and uncertainties of western governments.  This plays right into the hands of the propaganda machine.  For their part, there is no failure or mistreatment or uncertainties as it all fuels the narrative of dominance for the cause.


The western media, primarily in the US, has turned the news into a type of reality show, with sensational headlines, you heard it here first acclamations and the like.  They’ve effectively, knowing or unknowing, turned the news cycle into entertainment.  The rush to “get the scope” and break the news that the murderer is connected or wanted to be affiliated with a terrorist group is their top priority because “it sells copies”.  So, I think they, the media, have done it knowingly in order to gain the top spot in the ratings.  The rush to be on top in turn gets more advertising which in turn makes them money.  And that’s the bottom-line.  The shareholders want them to maximize profits so they get the best return on their investment.  It doesn’t matter that the narrative fuels terrorist because it gives their cause a certain amount of legitimacy.  While this is shameful on a variety of levels, I can’t blame the shareholders.  I can and do blame the media though, because this is where the “rubber meets the road” and it’s the only place in the news cycle process that can affect the outcome of what we see and hear.


There have been many more actual terrorists attacks executed outside of the United States in the last, insert number of years.  Many, in fact, the clear majority carried out by actual “card carrying members”.  When a suicide bomber blows himself or herself up, there is no “I wanted to be part of that group”.  They are or more poetically were part of that group.  A couple of recent attacks come to mine, e.g., the attack at the Brussels airport and the attack at the military base in northern India.  In both cases, these “bad guys” were members of actual terrorist cells and carried out their mission to kill the enemy – any non-believers.  The incidents were reported locally for a short period and globally for an even shorter period.  And some very recent low-sophistication style attacks have barely received coverage.  This is what needs to happen here.


Whenever there is a mass murder in the US, especially in a public place, the media immediately floats the idea that it is somehow terrorist related.  In the clear majority of these incidents, we see that they were “wanna be’s” and amateurs, at best.  For example, it seems to me, that the guy in Orlando was a gay guy that couldn’t cope with his identity because of his upbringing and scorn within his community, so he lashed out at the innocent victims enjoying their evening and claimed jihadist affiliation to justify his actions.  And, the media helped him obtain this affiliation but calling him a jihadist.  They legitimized his actions.  Instead, they should have called him what he was, a murderer or better yet a “piece of S… that preyed on the innocent.


I’ve been confused before.  As I’m sure most of us have, not about our sexually, but about life in general.  But I’ve never had the thought that I should go kill some people on a campus, at work or at a club because of it.

One man’s terrorist is another man’s freedom fighter.

The media should keep that in mind, when they rush to make this connection between the perpetrator of a criminal act and its relationship to terrorism - in essence, legitimizing them and their cause.  Most of the time it’s just not there, even if they really, really want it to be, you know for entertainment’s sake.
Posted by Doug Haines at 4:00 PM