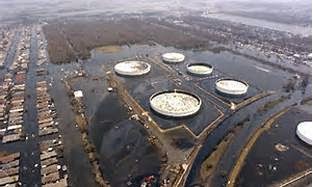 
If you “Google” leadership, you will find that there are 158 million sites noted. Yet the events of this century make me wonder if we really understand what leadership must be in our current environment, and lead me to ask on the opening page of my Project White Horse  website, that what if nothing leaders have ever been taught or experienced is sufficient to face the problem?
The implication is that there is more to survival in worst case disasters than just “who’s in charge,” and that we as citizens need to be less expectant of the arrival of duex ex machina by way of the cavalry is on the way, and become more able to be an active part in our own survival when worst cases occur. Leadership required – but maybe of a different kind.
The nature of worst cases is that the complexity and chaos generated, almost by definition mean that no leader by himself is capable of the multi-faceted decisions required.
Many types of emergencies occur every day and are routinely mitigated by local first responders. In certain areas hurricanes, flooding, earthquakes and fire are seasonal or typical of the area. The manifestation is well understood and planning well thought out and resourced. While they move past routine emergencies based on magnitude of destruction and/or significant loss of life, physical response assistance goes no higher than county or state mutual aid and the need for federal assistance is basically limited to financial aid.  Command and control during the event and recovery follows the locally developed “playbook.”  A Category 3 level (CAT 3) hurricane is a good example of a large emergency or conventional level disaster event, with potential for significant damage, yet normally it is well understood with only a small possibility of response being overwhelmed at the local level.
But researchers note that there are “disasters that go beyond typical disasters.” The latter have come to be noted as “catastrophes.”  Most notably would be 9/11, the 2004 Tsunami, Hurricane Katrina in 2005, and in 2010, the earthquakes in Haiti and the Deepwater Horizon Oil Spill. indeed, earthquakes, heat waves, floods, volcanoes, super typhoons, blizzards, landslides and droughts killed at least a quarter million people in 2010 — the deadliest year in more than a generation. More people were killed worldwide by natural disasters that year than have been killed in terrorism attacks in the past 40 years combined.
By virtue of unusual scale, a previously unknown cause, or an atypical combination of sources, responders face challenges that are indeed novel, the facts and implications of which cannot be completely assimilated in the moment of crisis.  These events are not only characterized by high stakes—the likelihood of major losses (to life, limb, property, heritage, or other highly valued social or private assets) – but they have shared striking similarities, inasmuch as they foster destabilization of leaders in charge of response and reconstruction efforts, and the whole of communities.
Dr. Erwan Lagadec in  Unconventional Crises, Unconventional Response: Reforming Leadership in the Age of Catastrophic Crises and Hypercomplexity further defined these events as follows:
Conventional crises rarely require high levels of inbuilt resiliency from our systems. This is because such events tend to affect circumscribed “ground zeros,” and therefore can be tackled by bringing to bear the “normal” assets and strategies of the unscathed outside on the impacted area.  On the other hand, catastrophic or hyper-complex events will destabilize entire systems, forcing leaders and public alike to abandon “normality” altogether, and look for a coherent fallback position. However, it is eminently difficult to organize an orderly general retreat, especially when leaders must redefine a new line of defense while on the run, and from the ground up. Miracles at Dunkirk are precisely that: miracles.  Even before the planning phase, and more fundamentally, the makeup of our systems itself must anticipate the destabilizing effects of unconventional events by weaving resiliencies (visible or “hidden”) into their fabric.”
The level of personnel training, system performance and system-system interoperability acceptable for routine or conventional crisis events does not guarantee usefulness when the environment becomes hyper- complex and severely stochastic. Nor does the 1) training and experience of key decision makers in the lower end of the spectrum, nor 2) “planned for in the playbook script” leadership insure that the magnitude and novelty of the emerging catastrophe does not overwhelm communities and emergency management, or simply negate “the plans” and won’t destabilize the entire response structure.
Unconventional/Hyper-complex/Catastrophic level events are often noted as Low Probability, High Impact events. but we should keep in mind that these events are actually Absolute-Certainty, Low-Predictability, High-Impact incidents that take place all the time.

Hyper complexity makes it near impossible for “traditional” leaders to plan, let alone coordinate response efforts.  Extrapolation of training and system evaluation suitable for routine emergencies and conventional disasters as suitable for unconventional or catastrophic operational response is an intrinsically flawed strategy.
So, what can be done?
To start, we must recognize and acknowledge the differences between crisis/disaster types and the different set of challenges in planning, execution, and required forms of leadership. Additionally, we must accept that we will most probably require new and innovative analytical methods and metrics, and methods for learning - not just training.
We must ask what accounts for whether the first response process will be able to provide effective mitigation of unfolding disaster incidents. How can that effort best be organized to respond to novel or unconventional crises?
Then, what must be done in advance to create the capacities needed in the face of unconventional crises?   The real "new" must be recognizing the need to put higher level leadership - beyond incident management and the trained response force - into complex crisis exercises with intent on learning how to think and not on "feel good" check in the block exercises, that leave senior decision makers with the parting thought " all is good, I got this."
More information about Project White Horse 084640 can be found at:  http://projectwhitehorse.com/
Posted by Doug Haines at 6:00 PM