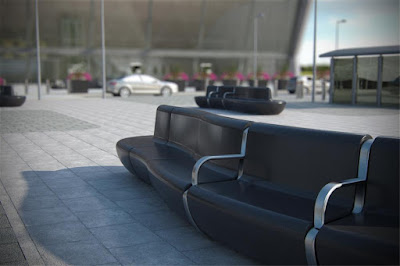 
I’m probably stating the obvious here.  But most street markets are temporary in nature (farmer’s, or harvest markets) and only occur on a certain day or two of the week or for a short period (Christmas Markets).  Local police department’s put up metal stanchions and post a traffic cop more for crowd and traffic control, than anything else.  They are not a deterrent to a dedicated threat using a vehicle as a weapon or an errant driver.  Now before you go and tell the mayor or the police commissioner his cops are ineffective let me explain.


It’s a matter of physics and not “goodwill or attentiveness” on the part of the policeman.  A vehicle traveling at just 10 mph covers a distance of approximately 73 to 102 feet in the 5-7 seconds it takes a trained officer to view, identify and react to an errant vehicle – intentional or otherwise.   Unless the speed of the vehicle is severely reduced to below that speed the vehicle will travel significantly further before it is recognized as a potential threat.  Cops are doing a great job everyday but they can’t beat physics – no matter their super hero powers, unfortunately.


Shameless plug here:  My friends at Marshalls Landscaping Protection USA have developed a super-shallow mount bollard that can be easily installed/removed because of the depth of the footing (3.9 inches or about the width of two girl scout cookies laid end-to-end).


And then there are outdoor cafes.  By nature they are more permanent.  I have to admit, I enjoy sitting in the piazza sipping an espresso just like any other caffeine addicted tourist.  Whole sections of city centers have rows of restaurants and outdoor cafes where you can sit and “take in life” as it passes by.  In response to the current “ramming vehicle threat” some cities are now placing very ugly “jersey” barriers[1] made from reinforced concrete) around these areas.


A solid planter filled with dirt weighs several thousands of pounds and is an effective barrier, especially if struck by a vehicle at a high rate of speed.  A large vehicle could nudge it out of the way if it is not somehow anchored, but hopefully someone would notice that and sound the alarm.  Fortunately there is “street furniture” in the form of benches, planters, way signs, lighted bollards that are shallow mounted. These devices are permanently affixed, so they can’t be nudged, and can absorb the kinetic energy of a moving vehicle threat as described above.


What about large pedestrian zones?


My concern comes from the idea that besides establishing a perimeter and depending on which city you are in will determine how porous that perimeter is, is there really a separation of the different types of traffic that frequent the space; i.e., delivery vehicles, bicycle, pedestrians.  Each category of traffic poses a threat to the others.  Of course, a vehicle crashing into someone is much more likely to cause injury to.


Many cities are creating large “pedestrians zones” in city centers that cover many city blocks.  This is great but traffic is still mixed within these spaces in some places.  Unless the entire zone is vehicle traffic free, a pedestrian or cyclist must cross the street at some point.  These crosswalks are particularly vulnerable and offer great target selection.


We need to further separate the traffic within these zones, so that only the traffic we want within a particular zone is allowed[2]; vehicles with vehicle with vehicles, cyclist with cyclist and pedestrian within their assigned zone.  We can design the space so that only the type of travel that we want will be in its particular zone because the unwanted traffic types can’t enter.   To separate vehicles from the rest, we could easily designed higher-than-normal-curbs and reduce speeds by creating a serpentine effect.  We could use the same idea for cyclist either permanently designed as part of the bicycle path or by using planters with trees.  And for the pedestrian only zone, we can design the space so that bicycles and vehicles cannot enter while pedestrians are present.   Again, we can borrow our idea from the outdoor café and place street furniture throughout.  Thereby, allowing pedestrians to duck for cover if something goes wrong.