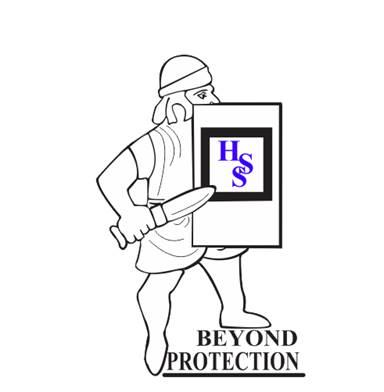 When I first started to outline this article, I was thinking about big bold steps to be taken in order to re-direct police services.  I got the idea from a tweet by Sen Harris, in which she said, “We need to demilitarize the police”.  Well, I couldn’t disagree more.  The reason police departments have military equipment is so that they can deal with the most serious violent crimes and criminals.  Police departments need armored vehicles and high caliber weapons, so that they can deal with gangs and organized criminal enterprises which are using those tactics, but they don’t need to bring them every time they engage the public (we’ll talk about that as a separate issue next time).  Those enterprises have no regard for human life, if they did they wouldn’t be kidnapping kids or young adults and forcing them into slavery, they wouldn’t be selling drugs to the most vulnerable within our society, just so they can make money.  So, to fight in this war the police have to have military style weaponry and they should be using them with efficiency and effectiveness.  You wouldn’t throw rocks at someone with a bazooka, so why would we expect the police to fight without the right tools.

But for the purpose of this article I’ll leave the strategic planning up to those responsible for administration of police departments whether at the local, State or federal level.

Great interview about the changes needed in policing here:

Instead I want to concentrate on a more tactical or operational approach with simple solutions that will most probably be unpopular, especially with the rank and file, but I believe will go a long way in changing the culture within departments, assist in avoiding corruption or unwanted police behaviors and change the way the public views and interacts with the police.  The good news is, these ideas for change don’t need the rule of law.  They just need to be implemented as a new way of thinking and conducting business.  This will take real leadership; change is driven from the top.  While the need for change may be driven from the masses, change actually comes about because those in-charge decide to make the changes being requested.

In ancient Rome, the Centurions were the professional officers of the Roman Army.  They commanded the troops, which sometimes meant that from time to time they enforced Roman law outside of the military legions they commanded.  Unfortunately in those times they also administered punishment by cutting or burning people’s hand off for stealing or other petty crimes or used a vine staff, with which they disciplined even Roman citizens who were protected from other forms of beatings by the Porcian and Valerian Laws (what punishments Roman citizen could be subjected to; they were not allowed to be humiliated or demeaned with degrading or shameful forms of punishment; such as, whipping, scourging or crucifixion.  Non-citizens and slaves had a different set of rules).  Hopefully, we’re way beyond that.

At least, I like to think we are, but we can create new Centurions by:

First, stop appointing police chiefs based on political affiliation.  Currently, for the most part chiefs are either appointed by the city/county board, mayor or other elected officials or are elected themselves. Both methods are political.  Since laws are apolitical and should be enforced apolitically, so should the appointment of the police charged with enforcing those laws equally and justly.

Second, first and second-line supervisors should take a test that includes police administration, social – emotional, non-escalating skillsets, leadership skills, human rights and the protection of personal dignity training.  Allot more time needs to be spent of developing social skills needed in conflict resolution, at least at the same level that they spend on equipment usage techniques.

Thirdly, patrolman should be assigned “beats” randomly but with purpose and clarity.  The most troublesome neighborhoods should be assigned to those officers with the most experience.  There should always be a senior and a junior officer together whenever possible.  We should get rid of the notion of “Partners”, whereby, the same two people are assigned a specific sector each and every shift, so that they always work together.  Sure, there is an advantage to having “partners” as the patrolmen become familiar with each other and the neighborhoods they serve.  But conversely, they also become “too friendly” with each other or the residents, and worse, by becoming either complacent or tolerant of bad behaviors.   Additionally, the argument will be made that the patrolman needs to be able to trust his/her partner with their life.  That’s true, but if you can’t do that with everyone in the department, then there’s a problem.  The public also demands the same expectation.

Over the years we got away from two man patrols due to budget cuts and other factors.  I think we should go back to them.  No more single patrols.  I’m not saying just to double everyone up by consolidating patrol zones.  No, this will only lead to longer response times.  Instead, I’m saying double force sizes by bringing on new officers.  Many will say, “We don’t have the money”.  To me that’s just another way of saying, I’m too lazy to do the hard work to figure out how this can be done.  So, I don’t buy the argument that it will be too costly.  Think about this, we just spent several trillion dollars on corporate and public welfare for COVID relief and didn’t bat an eye.  Not to mention the 10’s of trillions we’ve spent and are spending on the bank bailout of 2008.  It’s not about money, it’s about deciding.

Fourth, everyone in an administrative position, who is physically capable, should work “the road” once a week or a couple days a month – maybe a weekend or night shift.  Even those will mobility issues could have a role.  This gives fresh eyes and reminds everyone why they are there – to serve and protect.

And finally, move personnel around within departments, within organizations.  The military does this with regularity and at tremendous costs.  But the benefits far outweigh the costs.  Each move brings “new life”.  Getting a fresh set of eyes on things is invaluable.  It brings with it; fresh and innovative ideas, opportunities for personal growth, problem solving, and deters complacency and stagnation.  It also roots out those who have a history of misconduct.  New supervisors usually don’t tolerate bad behaviors that old supervisors allowed to go unaddressed.

A recent study of police training revealed, that on average policeman in the US receive less than a thousand hours of training, whereas their European counterparts receive thousands of hours.  Most police chiefs in Europe are also lawyers or have law degrees, as do many mid-level supervisors.  I don’t believe this requirement exist within the US.  Maybe it should?

Calls for defunding the police are just wrong.  Police departments need more resources not less.  That said, so do social programs that address the root causes of criminality and unwanted behaviors.  We need to add funding that teaches non-aggressive tactics and de-escalation techniques, social – emotional learning skills, and coping tools that deal with attitudes and behaviors.

I worked for ten years with the Carabinieri, the Italian National Police.  In those ten years I never once saw them man-handle anyone.  Sure they put people in handcuffs and took them to jail but I never witnessed any aggressive tactics on their behalf.  They always talked the guy into getting handcuffed.

To illustrate my point, a few years ago, my son was travelling from Italy to the US.  He had been visiting his aunt and grandma.  At the airport in Rome, he placed his backpack on the conveyor belt at the x-ray machine.  After it was scanned, a Policeman approached him and asked my son to accompany him.  They went to a room, and the policeman pulled an apple, sandwich and serrated kitchen knife from his backpack.  The Policeman said, “Young man, we have one question, who packed your lunch your Mom or your Grandma?”  The Policeman knew, my son being in his thirties was old enough to know better than to bring a knife through the checkpoint.  He also knew that Moms being Moms in Italy meant, someone else had packed his lunch; Mom or Grandma had packed the knife so he could peel the apple, it was just logical. Clearly my son wasn’t a threat.  The Policeman kept the knife and my son boarded his plane.  I believe that had a similar incident occurred here in the States my son, would most probably have gotten arrested for possession of a deadly weapon, would subsequently have a criminal record, which could have an impact on his employment possibilities.

We have a saying in the military that, “soldiers will be soldiers”.  In other words without supervision they will do stupid stuff.  Good behaviors AND bad behaviors are learned.  Shouldn’t we be doing everything we can to make sure good behaviors are nurtured, if so it’s about leadership?

Change comes from big and bold thinking.  Look at, putting a man on the moon.  Pretty big stuff there!  We didn’t know how we would do it but we decided we would.  Then it came down to many, and I mean many, small steps to get us there.  Well, if we are to truly reform the police, policing and the interactions they have with the public, we’ll need to take many small steps to get there.  NASA had many failures along the way, but eventually they figured it out.  I believe we can too, after all this is America – this is who we are.