The Need for a Different Approach to Active Shooter Incidents 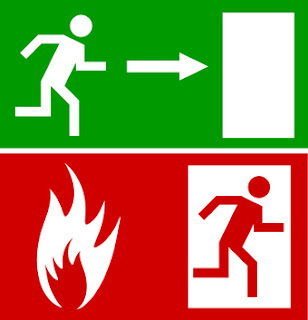 
I’ve been following terrorist attacks for quite some time now and after each one look back and try to analyze what occurred and why, and if anything could have been differently to affect the outcome.


The modern era of terrorism, generally speaking, is considered to have started with the 1972 Munich Olympic attack.  Throughout the 70’s we saw a series of hi-jacking which eventually led to stricter security standards for the airline industry.   In the 80’s, 90’s and early 2000’s terrorist attacks took on a variety of formats.  And really little has changed in the way we react.  Sure there’s the DHS, “see something, say something” campaign but outside of that – what?  Unfortunately, in the last few years’ active shooter incidents, either inspired by Islamic-radicalization or not, have taken place.  After the enormous loss of life at the Virginia Tech massacre, the notion for first responders to wait until reinforcements arrived has changed.  Before, the idea was to wait until reinforcements could arrive to neutralize the threat.   While still the case in some instances; i.e., San Bernardino and Orlando, police departments arm their patrols with higher powered weaponry and provide ballistic protection.  And now, some police departments are training their officers to intervene as quickly as possible, as soon a numerical superiority is achieved.  Another change in tactics, and widely-accepted, is the notion that a victim should use the RUN-HIDE-FIGHT approach.  RUN if you can, HIDE if you can’t and FIGHT if you have to.


Events in San Bernardino, Paris and recently in Orlando, make me wonder if teaching the RUN-HIDE-FIGHT methodology might actually be adding to the injury and death count.  I know many police departments swear by it and a lot of training has been conducted, especially at school, college and university campuses across the nation.  I’m not saying it was all in vain.  What I am saying is maybe we need to take a look and think “outside the box” in how we deal with terrorist acts and specifically, active shooter events.  Maybe we can and should be using building design to assist us in reducing the number of victims.  We know that designing neighborhoods and inhabited public spaces by incorporating Crime Prevention through Environmental Design (CPTED) principles are effective in reducing crime.  Why can’t the same hold true for other building design and community strategies?


Here’s my point, during a fire, the best protection for an individual in a building is to get out of the building as quickly as possible.  In essence, get away from the threat – the fire.  In the security business we teach distance is the best defense.  Get as far away as possible from the threat in order to protect yourself.


I’m not a firefighter and consequently have not attended any formal firefighter training, but I doubt if anywhere in their training, it says to tell people to stay in the building until they show up to save them.  We don’t do that for fire but we do that for active shooter incidents.  Huh?


We’ve come up with legislation that implements fire safety codes, which include labeling exits, training personnel in escape procedures, signage and so on.  There hasn’t been a fire related death in a school since 1957.  That tells me all the codes, training and practice fire drills have paid off.  Couldn’t and shouldn’t the same hold true for active shooter situations or other types of terrorist attacks, for example,  vehicle or backpack bombings ?  We could easily design buildings and rooms within so that there are always at least two evacuation routes.  This would allow people to escape the shooter, instead of hiding in the bathroom and waiting to be murdered or, at best, to fight to overwhelm the attacker.  Essentially, we’ve told and trained folks to be sitting ducks.


That I know of, no one involved during the initial phase of an active shooter incident has been shot in the back while trying to escape.  I may be wrong here but I’ve not heard of anyone.  But I have heard of people being killed while they waited for the police to neutralize the threat.  I believe, the notion that people should hunker-down until the cavalry arrives is ludicrous.  Instead we should be teaching people to RUN-RUN-RUN.  But in order to do that, we have to design buildings so that people can RUN no matter what.  Which means every internal space should have at least, two exits.  Preferably opposite each other to afford people the opportunity to get away.


Next month, in Part II I’ll share my thoughts on other types of attack and preventive measures or, at least, how the effects of a terrorist attack can be reduced.