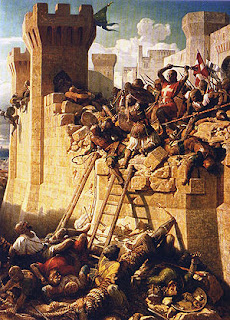 How to Use Building Design To Increase Security Effectiveness
The Aesthetics vs Design Basis Threat Approach
Did you know that adding security measures after the design process has reached the 35% designed phase can increase the cost of a construction project by 20% in the short term and much more long term.  Think about it.  Adding security at the beginning may add a mere 2% to the overall project costs.  Why is that?


Most buildings are designed for aesthetics and not the threat that the building must face – whether those threats are man-made or from natural causes.


There are plenty of regulations that address fire and earthquakes but rarely are their construction codes for incorporating security measures for the myriad of other threats.  That can change.  By bringing architects, engineers, planners, facility managers and security professionals together at the beginning of the design process the building design including the surrounding area can actually be used to deter criminal activity and reduce the effects of catastrophic events; such as, high winds or terrorist attack.


The design team needs to know and agree on what possible threats there are to the building, people and information inside.  This is called the “design basis threat” or DBT.  By knowing the DBT the design team can ensure each potential threat is mitigated through the design of the building.  Possible mitigation measures could be maximizing the stand-off distance from legal parking spaces to the building façade.  For example, the further the stand-off distance is, the less likely it is that the building will be affected by a stationary vehicle borne improvised explosive device.  Also by keeping the “unobstructed space” (the area immediate adjacent to the façade) free of shrubs or other places where small explosive devices or tools could be concealed, will eliminate that potential threat.  These are just two threats that can be affected through design.  Most others can be too.


In order to be effective the design team must consider all threats that are capable of effecting the building, whether they control the surrounding property or not.  If adjacent property offers the opportunity for people will “ill intent” to compromise the building then that area must also be considered.


We usually call this “designing from the curb”.  There are four general rules to follow in providing mitigation strategies in building design.


First, deter bad behavior.  We do this by training personnel on what is expected of them during on-boarding orientation.  We should also teach what constitutes “bad behavior” and how to report it.  An additional deterrent is a well-trained and well-equipped security force.  A common practice is to post a warning sign or a fence but rarely will this deter a determine advisory.  That said, we can design inhabited space so that a would be perpetrator will choose another “softer” target.


Secondly, we should delay “the bad guy” so that through effective design their presence and the activity they are conducting will be noticed.  A very effective way of doing this is creating as much distance as possible from the entrances of the building to the uncontrolled/public space.  The longer it takes to transit the space the more likely it is that someone will notice.  We commonly forget that each perimeter layer provides an opportunity to delay.  Perimeter layers are:


Third, detect bad behavior. We can do this by limiting the number of access points, so that someone attempting to enter in a different fashion will stand-out and be noticed.  The use of combined landscaping; i.e., rocks, meandering pathways, shrubs, trees, water obstacles can be very effective tools in channeling persons to the correct access point.   Another good design tool is to make walkways pass by windows where people in the building, either from their workstations or a public space, such as, a break room, will be able to see people approaching.  In the 80’s we relied on security guards to do the watching for us.  As man-power cost rose over the next couple of decades, we replaced the guards and started to rely heavily on electronic security systems (ESS); i.e., Close Circuit Television (CCTV) or Access Control Systems (ACS).  While ESS is a great force multiplier, I submit that by designing approaches to the building so that they can be observed by persons inside will add tremendous detection capability and reduce long term costs in maintaining and monitoring the ESS systems.  Some assistance is provided by biometrics and analytical video but remember technology is a tool to be used by a human.  A recent article in the Chicago Tribune reported that less than one half of one percent of crime is solved by cameras.


And finally, the fourth element of design is to defend against bad behavior.  One of the most common mistakes in using too much technology is that the requirement to respond to bad behavior is forgotten.  Therefore, a response force must be readily available.  They must be well-trained through drills and exercises and they must be well-equipped.


Remember, the building does not have to look like a fortress in order to be secure.   By working together, architects, engineers, planners, facility managers and security professional can ensure it’s aesthetically pleasing and still provide adequate measures of security that are transparent to the public.  When these disciplines collaborate and security is incorporated at the beginning of the project, an immediate gain can be realized in keeping the project costs down and in the long term by limiting the need for maintenance and manpower.
Posted by Doug Haines at 6:00 PM No comments: