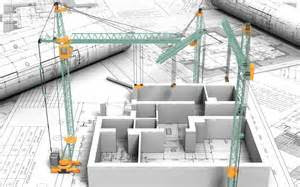 
The concept of using design to “socially engineer” public and private space has been around for some time now.  Building designers have been designing spaces to achieve a variety of desired effects.  Back in the Middle Ages, castles were designed to withstand an enemy’s siege and when that didn’t work and the invaders breached the walls divide the aggressors into small enough numbers in order for the hometown folks to kill them.


So it really should come as no surprise that over the years new concepts and technique have been developed to address new threats.  Although we’ve come a long way in our tactics based on new threats the purpose remains the same – cause people to do what we want them to do or suffer the consequences of their actions; detection or capture.
In the modern era, threats come in a multitude of forms, either natural and man-made.  We’ve done a pretty good job in regulating construction standards for natural threats, such as, high winds, tornadoes, earthquake and fire but we’ve done less of a good job for man-made threats.
THE ENVIRNOMENT
In 1991, Crime Prevention through Environmental Design (CPTED) was introduced as a concept to reduce crime in neighborhoods.  The program has become so successful that most cities have ordinances that require implementation of CPTED principles during all new construction projects or phased in during major renovations.
CPTED controls the surrounding environment of a building thru four strategies:
Natural Surveillance – developing opportunities for observation of all spaces within an area by those occupying, using or transiting the area.
Natural Access Control – causing access control to be part of the environment by allowing design to create “choke points” and paths to and from buildings so that there is no doubt this is the proper way to enter/egress the area, even for first time users.  Non-adherence would cause detection and a response by authorities.
Territorial Reinforcement – identifying public and private space.  There should be a clear distinction of who the property belongs to.  This doesn’t mean putting up a fence; instead this can be achieved by using different materials, shrubbery/bushes, and cobble stone paver instead of poured concrete for example.
Maintenance – although not really a concept, the fact remains, if the space doesn’t have continuous upkeep it will come into disrepair through normal use and before too long become unsightly and bred criminal activity.
THE BUILDING ITSELF
After the Khobar Tower terrorist attack in Saudi Arabia in 1993, the Department of Defense identified the lack of a comprehensive overarching standard for building construction for the protection of personnel.  During the investigation of that incident it was observed that most of the victims were not killed or injured by the blast itself but instead were injured because of how the building reacted to the blast.  This was again proven in Oklahoma City in 1995.  Most fatalities were the result of the building collapsing upon them and not from the bomb blast itself.  Over the course of the next few years, through analysis and a lot of painstaking work, 21 standards were developed for the construction of DOD Buildings.  When implemented correctly the standards will reduce the effects of terrorist attack to personnel in the inhabited space.  While these standards are regulatory for DOD buildings the concepts are proven and can, and I believe should be implemented for all new construction or during major renovation projects for buildings that house 10 or more folks.  Implementing these standards at the beginning of a project may add 2-5% in increased costs to the project.  Adding the features later can add an additional 20-30% in cost overruns.  So just from a cost benefit perspective it makes good sense.  Not to mention, the reduction of injuries and number of dead during a catastrophic event.  You can’t put a price on that.
THE INTERIOR
Over the course of the last 10 years or so, we have seen a dramatic increase in criminal activity within inhabited space – in schools, hospitals, theaters, police station, etc.  Those involved in planning mitigation strategies and designing inhabited and uninhabited spaces, basically anywhere the public gathers, should now consider criminal activity within the confined spaces they are designing.  Recent events prove this activity can include, knife attacks in hospitals, shootings in schools, theaters and police stations and bombings at military facilities.  Unfortunately, this trend will continue for the foreseeable future.


So what can we do about it?  First, we would be well served if we required our leaders to implement legislation that addresses these current crises and looks to the future for emerging threats.  Unfortunately, the criminal threat and terrorist threat will be with us for some time to come, probably forever.  Both have changed over the years and as we address them we need to change too.  Second, even without the government we can start designing spaces addressing these three components; the environment, the building and its interior.  We really shouldn’t wait on the government to act; we should take it upon ourselves to do the right thing even without government intervention or supervision.  We can start by implementing these concepts on all new construction or whenever a renovation project meets a certain threshold (to be established locally).
I sincerely believe that when all three design components are incorporated into the building design “from the curb inward”, risks to personnel can be significantly reduced and their effects on people minimized.  We have to design the inhabited space so that people do what we want them to do and when they don’t they’re detected and captured, and the results of their bad actions are kept to a minimum.  It won’t happen on its own – we have design it that way!
Posted by Doug Haines at 6:00 PM No comments: