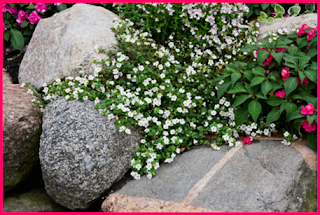 The issue was that people were driving up to the banks of a stream and dumping trash; i.e., tires, mattresses, rubbish, etc.  The city called a security consultant.  And as expected, he recommended adding a camera to the site so that “things” could be monitored.  The camera fed back to the superintendent’s desk.  Of course, when the supervisor wasn’t there (weekends, evening/late at night, attending meetings, lunch, naps, etc.), all the time when someone would dump trash the dumping occurred and continued.  The superintendent was scratching his head on what to do.  After all, he just spent several thousands of dollars on the latest technologies and they didn’t seem to work.
Our solution was not electronic.  Instead, we suggested that they build a raised berm/curb using natural landscaping (trees/boulders/bushes, even park benches) so that the vehicle couldn’t drive up to the water’s edge in the first place.  We suggested specific landscaping strategies due to low cost and ability to prevent vehicles from reaching the stream.   We imagined that since the culprits couldn’t physically access the stream embankment without using a vehicle they would be  less likely to want to carry heavy objects from the roadway, across a bicycle/walking path and then into the wood clearing to reach the stream.  Our second reason was to ensure the aesthetics of the area were kept intact.  Sure, we could have suggested a fence along the embankment to deny access and achieve the same effect, but who wants to walk along a fence with barbed wire when they’re taking the dog out or jogging or cycling.
Related articles:
https://www.securityindustry.org/2018/04/05/the-puppy-movement/
https://www.securityindustry.org/2018/09/14/creating-invisible-security-to-prevent-vehicular-attacks/
https://issuu.com/eqinternational/docs/urbana_25_april_2017-ilovepdf-compr/52